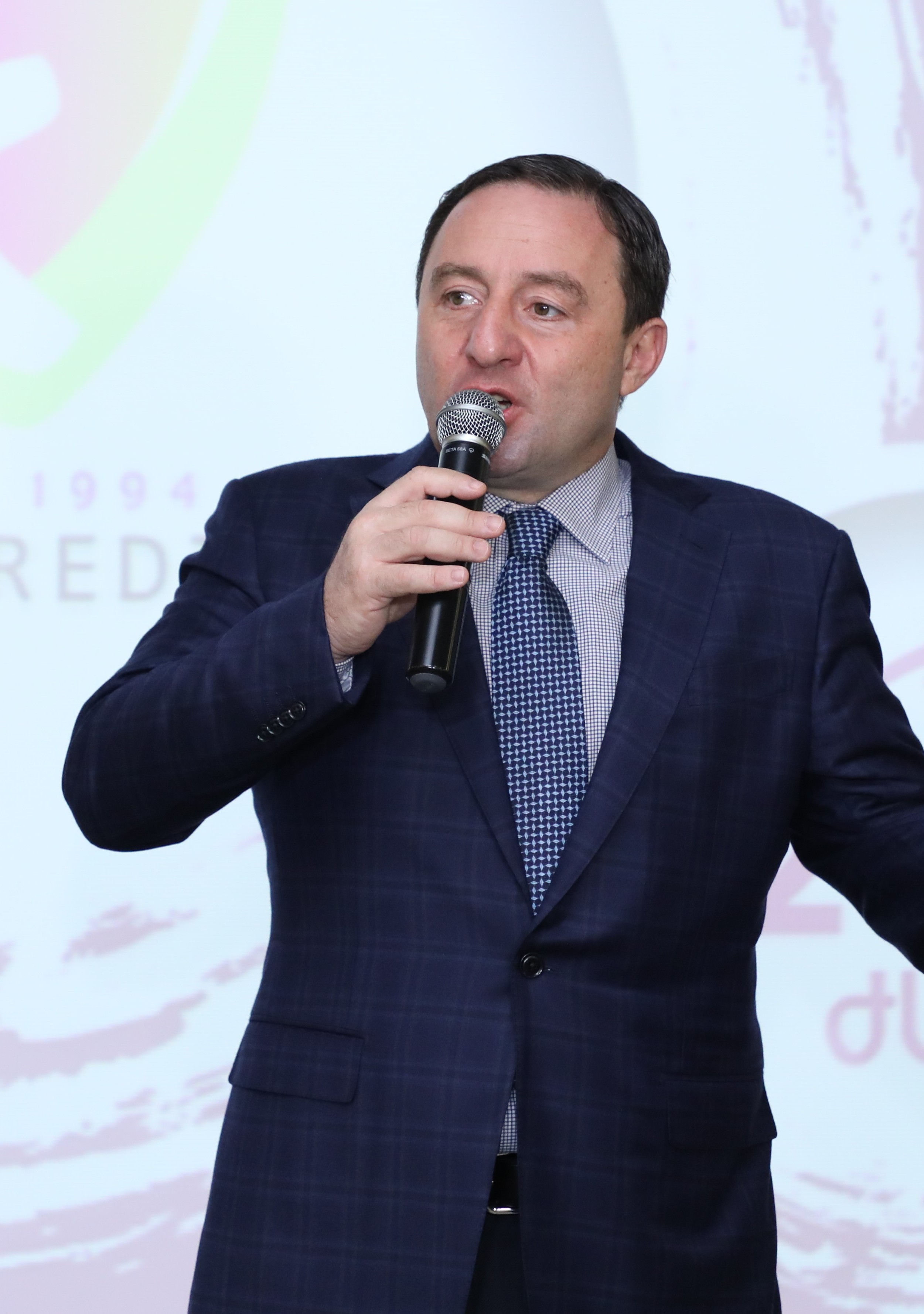 Vahe Badalyan was born on April 30th, 1970. After completing high school with honors in 1987, he continued his education at the Yerevan State Medical University and graduated in 1993. During his years as a student, he actively took part in the Karabakh movement. He participated in the war in Karabakh as a shooter-paramedic.

In 1989, he started business with his father, Romik Badalyan, and brother, Vigen Badalyan. In 1989-1992, he was engaged in commercial and intermediary activities. In 1992, they built the first private petrol station in Armеnia. Soon after, they built three more filling stations, becoming one of the biggest fuel import companies in the country. These activities took course over about 10 years.

On April 1st, 1994, the first branch of “Fast Credit” CJSC was established. The company is currently one of the biggest and leading credit agencies in RA, having over 28 branches and the number of clients exceedս 170,000.

On March 26th, 2003, the restaurant “Caucasus Tavern” was founded, and then followed by the establishment of the “Caucasus Restaurant Complex” in 2012 (http://caucasus.am/).

“Vivarobet” Bookmaking Company was also founded in 2003 (http://www.vbet.am/). In 2011, “Vivaro Game” LLC was established, a group which organizes online games of chance. Today these companies are the leaders in their field in Armenia.

In 2012, the “Soft Construct” company was founded in Great Britain, which involves the following brands and businesses: “BetConstruct” (https://www.betconstruct.com/), “Ucraft.me” (https://www.ucraft.com/), “FinConstruct” and “Startitup.center” (http://startitup.center/). “BetConstruct”, a company that develops gaming software for the industry, was honored by the prestigious International Gaming Awards in London with the “The Innovator of the Year” award in 2015, and “The Best Technology Provider” Award in 2016. Currently, “BetConstruct” has more than 14 international offices and serves more than 200 companies around the world. “Ucraft.me” is a startup enabling any individual to easily create websites tailored to their needs. “FinConstruct” is a company which develops software for the financial field. Since 2014, “Fast Credit” CJSC has been operating with the software developed by “FinConstruct”. “Startitup.center” is a financing project for startups.

Vahe Badalyan and his family pay special attention to charity. The most significant charity activity conducted by the family is the support provided to the families of fallen soldiers. The Badalians created computer classrooms in Talin, Haghartsin, Teghut and Jermuk schools.

He is married and has two sons and a daughter. 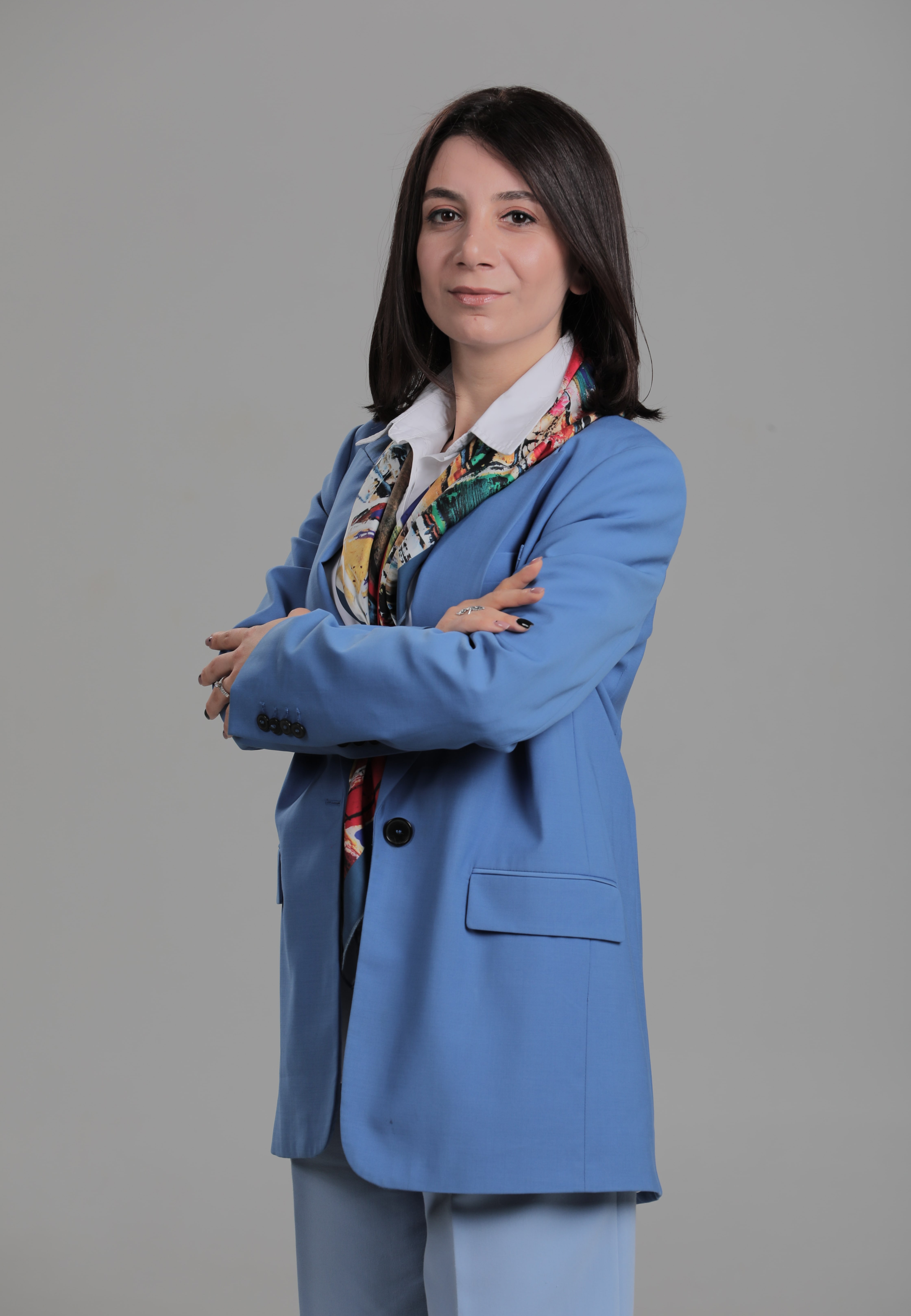 2005-2009 studied at the Faculty of Law of the French University in Armenia, receiving a Bachelor's degree.

Then, 2009-2011, acquired master’s degree in International Business Law at the same university.

2010-2013 she worked in "Acba-Credit Agricole Bank" CJSC as a Lawyer, then Senior lawyer of the Non-performed Assets Division.

During 2013-2022 worked at “Ameriabank” CJSC as a Senior Lawyer of the Business Services Division, and then as the Head of the same Division.

In January 2022 was appointed as a member of the Board at “Fast Credit Capital” UCO CJSC.

Mrs. Karapetyan is married with a son and a daughter. 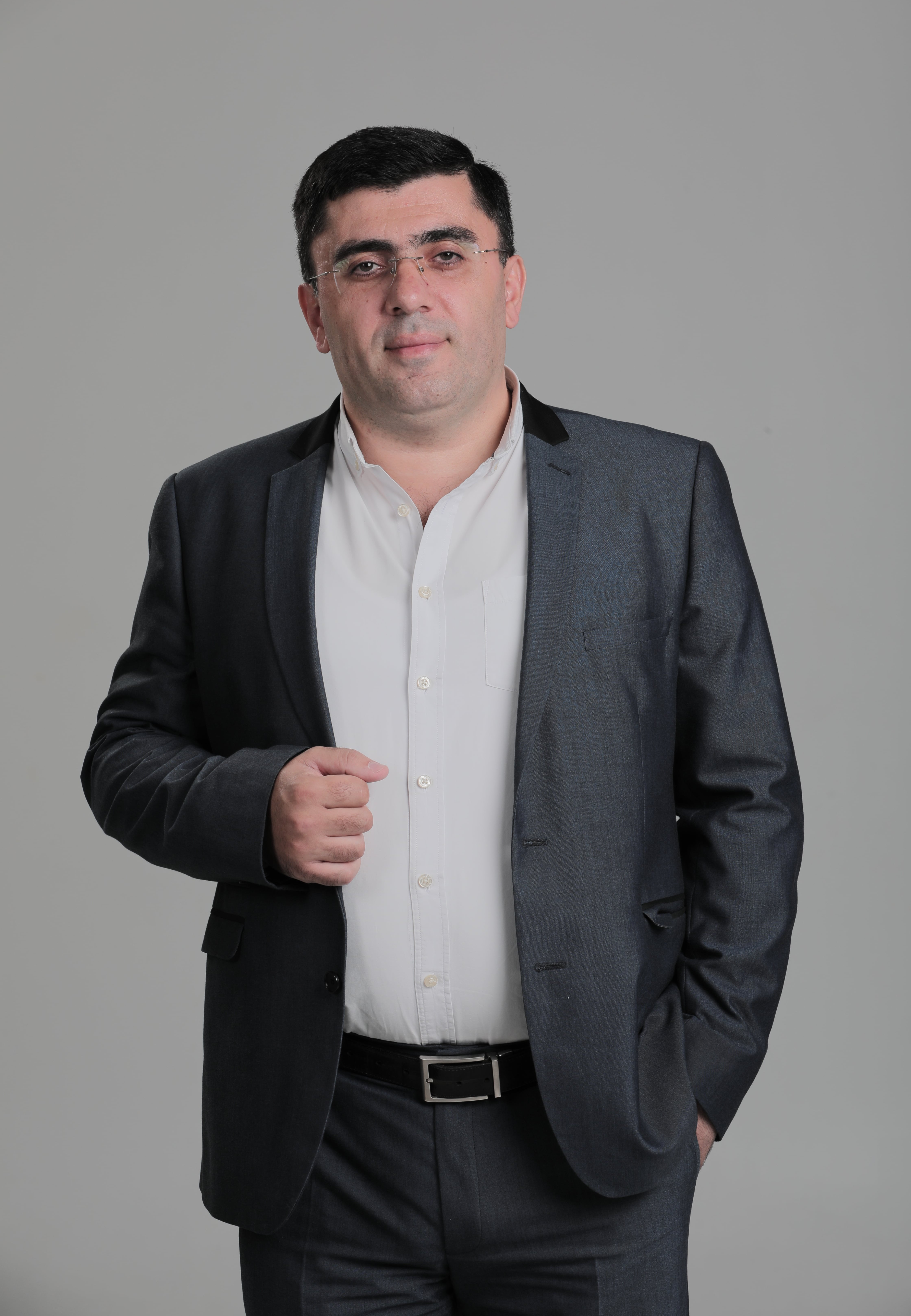 1995-2000 Mr. Qtoyan graduated with honors from Yerevan State Institute of Economics, Faculty of Engineering and Economics, obtaining the qualification of economist-mathematician.

From 2000 to 2003 studied as a postgraduate student at the Institute of Management and Economic Reforms, majoring in Finance, Money Circulation and Credit.

In 2003 by the decision of the Professional Council of the Institute of Economic Research, he was awarded with the title of Candidate of Economics.

Mr. Armen Qtoyan started his career at the Institute of Management and Economic Reform, working in the following positions:

From June 2004 to August 2004, was the head of the Scientific Group within the frameworks of the development of the "RA State Property Management Concept". The topic of the project was "Problems in creating an effective structure of the economy".

2005-2007 was a member of the 060 Professional Council of the Institute for Management and Economic Reforms, Scientific Secretary.

From 2009 January to 2009 February, held the position of Acting Head of the Knowledge-Based Economy, Innovation and Entrepreneurship Promotion Department at the Ministry of Economy of the Republic of Armenia.

From 2011 March to June 2011worked as a Senior Expert in "Alfa Plus Consulting" LLC.

2015-2016 was the head of the Department of Economic Research in ASUE Yeghegnadzor branch.

2016-2017 he was the Head of the Research Program - Senior Researcher at ASUE "Amberd" Research Center.

2017-2019, held the position of Coordinator-Expert of Educational Programs at the National Center for Public Policy Research NGO.

From October 2021 to January 2022, worked as a Senior Expert, under the funding of the EU, by the order of the Ministry of Foreign Affairs of the Republic of Armenia, developing "Conceptual Principles of the Social Housing Policy Development Program in Armenia".

From February 2022 to June 2022, under the funding of Amundi-ACBA Asset Management CJSC, by the order of the Ministry of Foreign Affairs of the Republic of Armenia, worked as an Expert, carried out the development of a "Strategy for the introduction of a general social housing system in the Republic of Armenia."

In May 2022 was appointed as a member of the Board at “Fast Credit Capital” UCO CJSC. 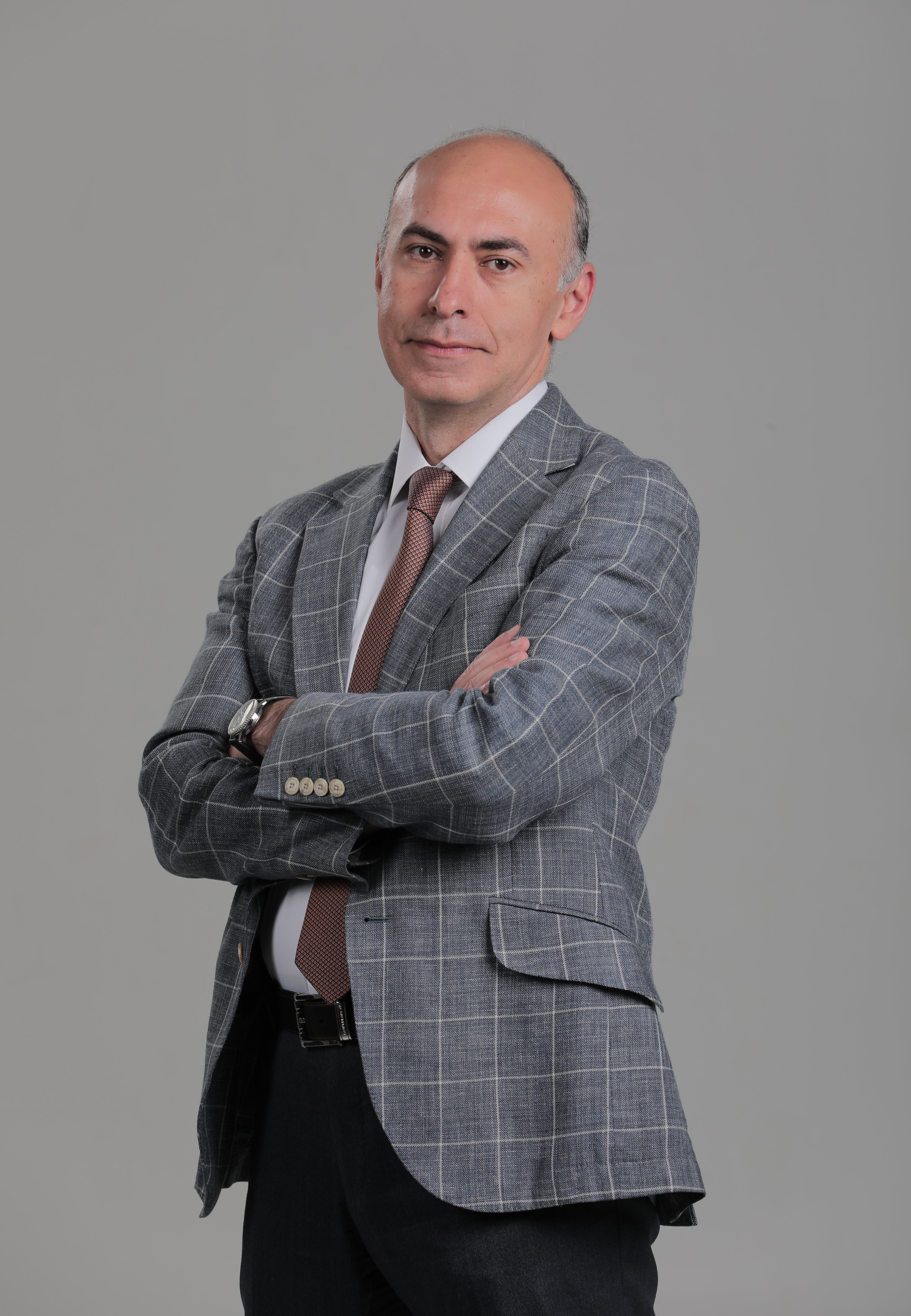 From 1997 to 2004 he worked as Manager of Financial Services Integration at “BearingPoint” (formerly KPMG Consulting).

2011-2013, working at the “Moscow Exchange MICEX-RTS”, he was the Managing Director, CIO, Member of the Executive Board.

From 2017 until now he holds the positions of Board Member and Co-Founder in "NAIRIAN" CJSC, as well as in "SpacePass" respectively.

From 2021 until now, he has been a Venture Partner at “Da Vinci Capital” and Founder, Chief Executive Officer at “Kerpak”.

In May 2022 was appointed as a member of the Board at “Fast Credit Capital” UCO CJSC. 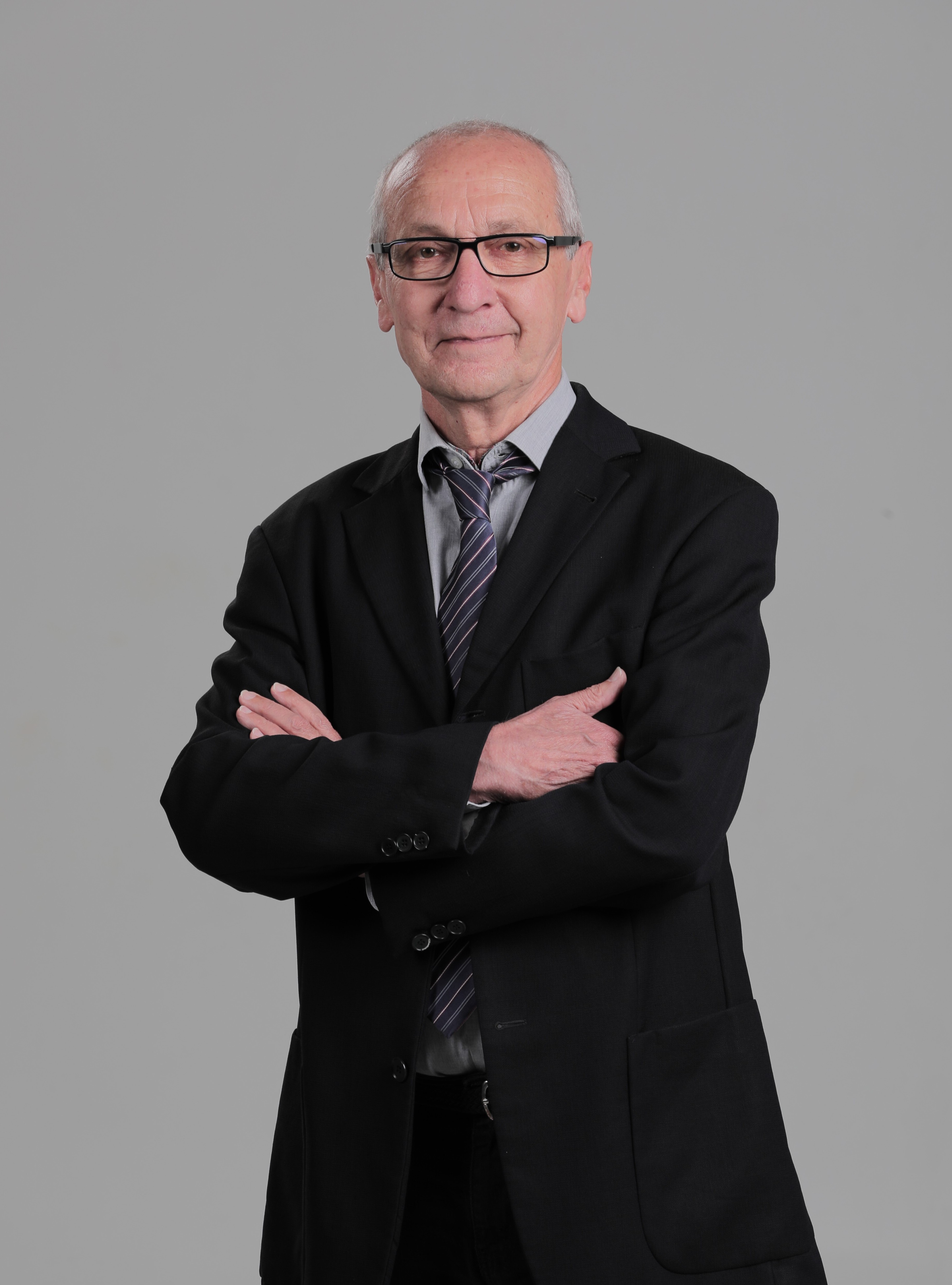 Mr. Hilaire Studied at Paris-Dauphine University, receiving a Management Diploma. He studied law at Paris-Assas University. Has a diploma of Chartered Accountants.

Mr. Hilaire is the team-lead of audit missions and consulting teams of a number of companies (in France, Armenia, Ukraine, Russia, Belarus, Georgia, etc.). Among such companies are included the leading banks of different countries, central banks, air-travel companies, etc.

Of particular importance is Mr. Hilaire’s experience in the African market, where he conducted research on the effects of inflation and devaluation, procurement and privatization.

He has rich work experience in the best financial banking and consulting companies in the world. At Grant Toronton was an Audit Director for the Armenian and French branches. Mr. Hilaire is a member of a number of international associations, including the International Federation of Accountants and various accounting associations of France. 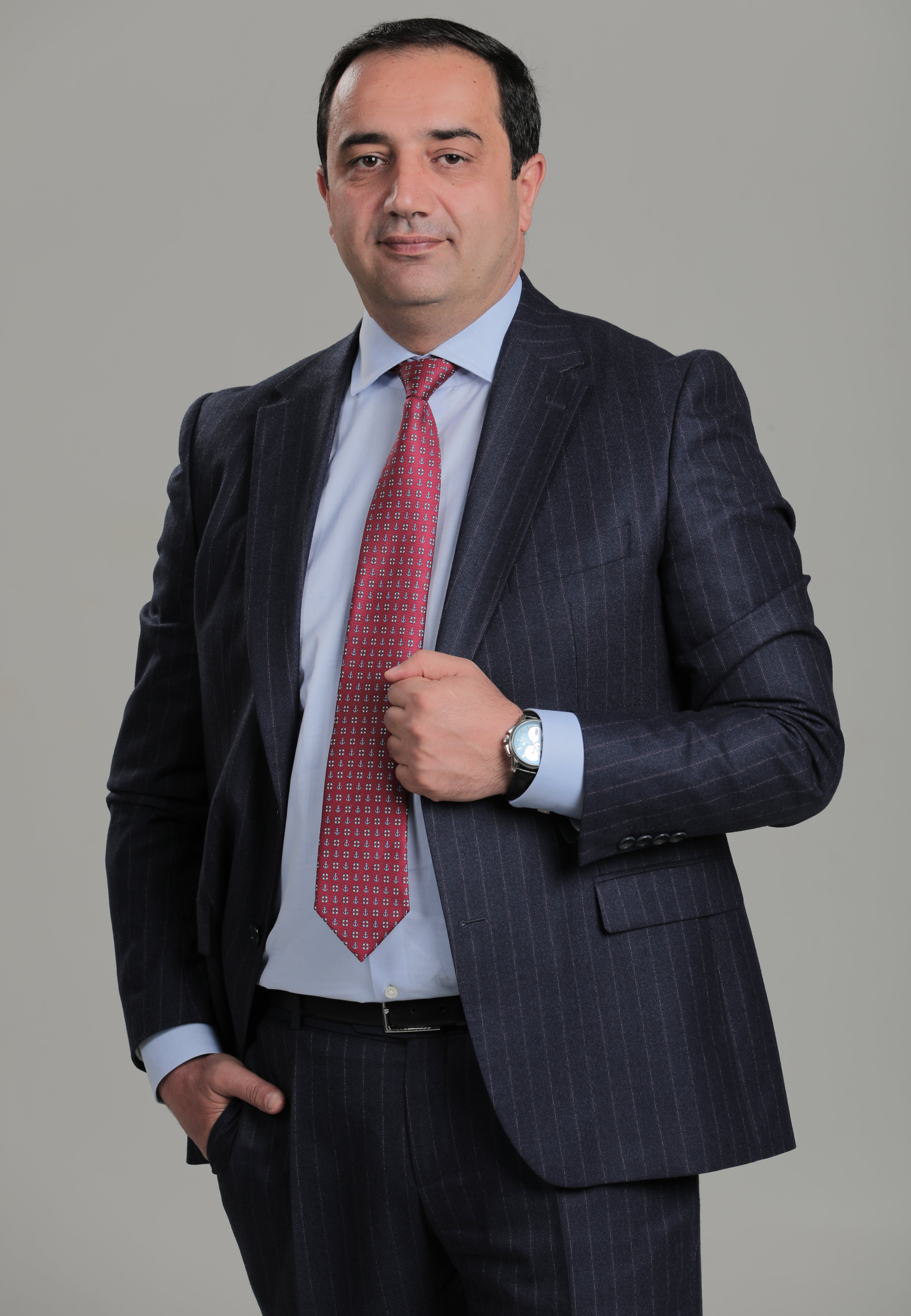 Born on March 30th, 1976.
In 1997 graduated from the Faculty of General Economics of the Yerevan State Institute of Economics.

In 2022 graduated from the Faculty of Law of the Yerevan State University.

In 2006-2007 worked in Ardshininvestbank CJSC as the Head of Internal Audit. In 2007-2019 took the position of the Head of the Financial Monitoring Center at the Central Bank of Armenia.

In 2019-2021 he was the director of theFinancial Supervision and Licensing Department, Member of the Executive Committee of the Central Bank.

In 2021took the position of Executive Director-Chairman of the Executive Board of "FAST CREDIT CAPITAL" UCO CJSC.

Married, has 1 son and 1 daughter. 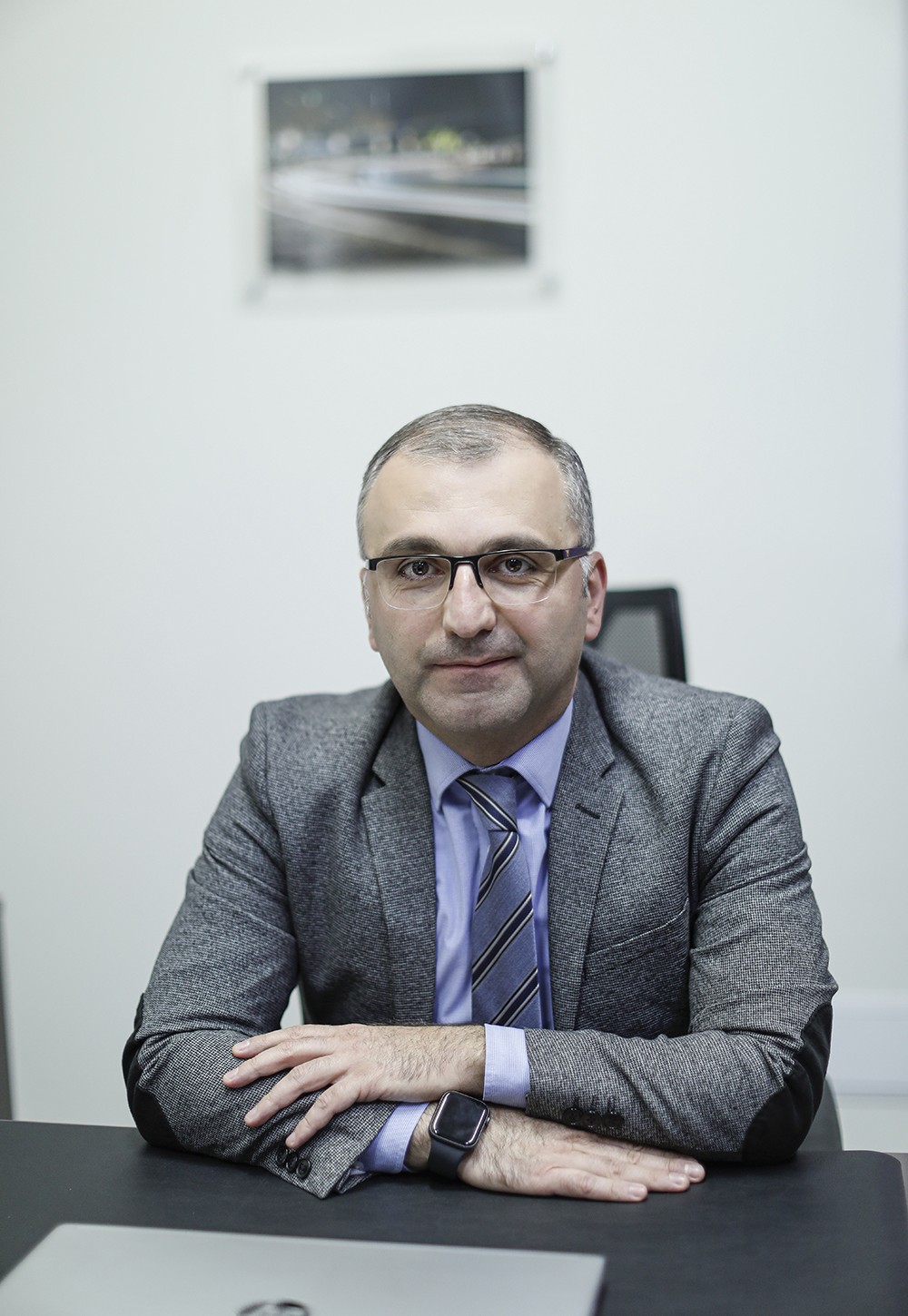 Born in 1977, in Yerevan. In 1999 graduated from Armenian State University of Economics, Faculty of Finance and Accounting receiving the qualification  "Accounting Audit". In 1997-1999  worked in the advertising department of "AR" TV. 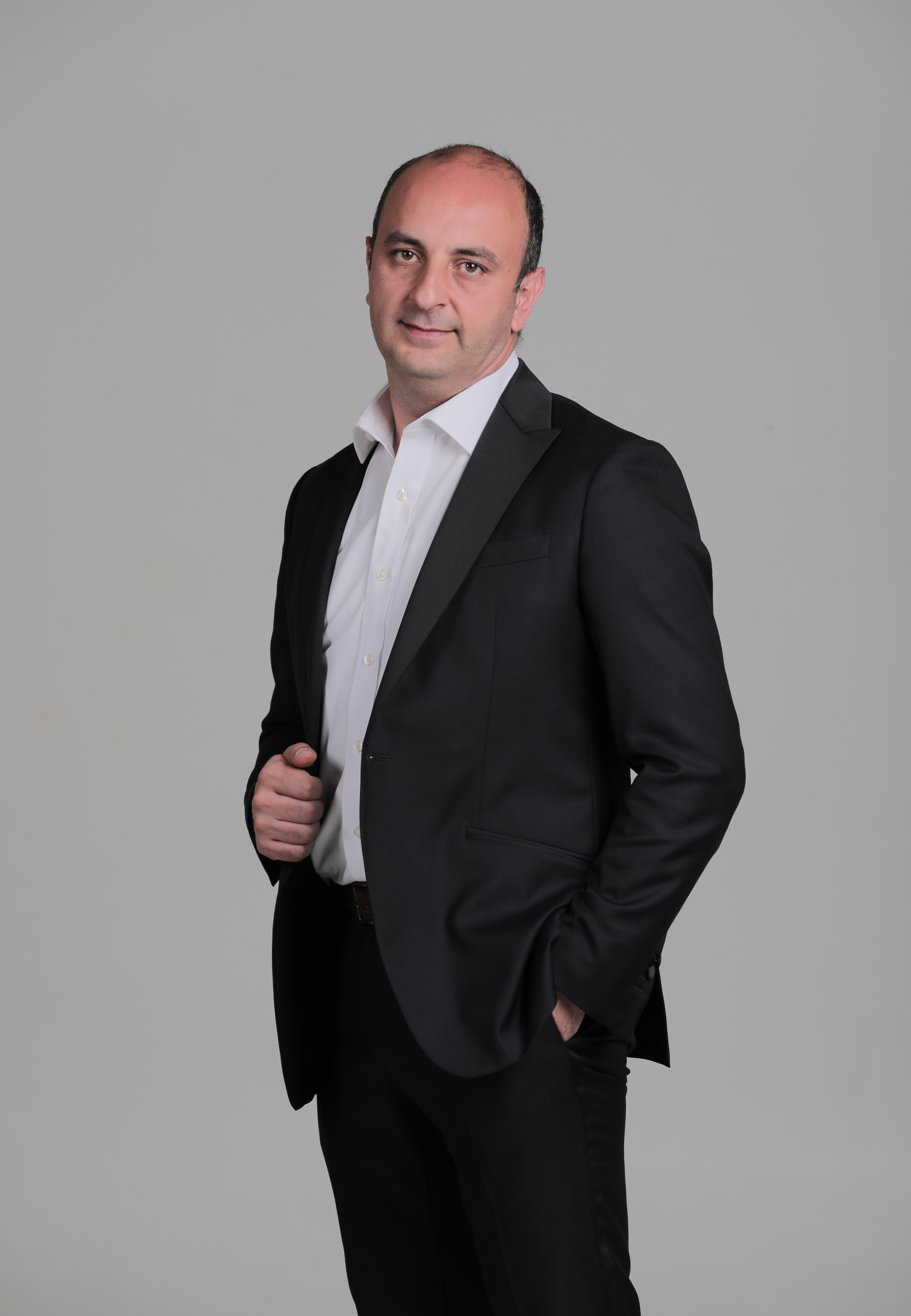 In 2013-2016 he was a British IFCMARKETS. CORP. Company General Information Director (CIO) ․

Since November 17, 2021 he has been holding the position of Deputy Director of Digital Banking in "FAST CREDIT CAPITAL" UCO CJSC.

Married has one son and one daughter. 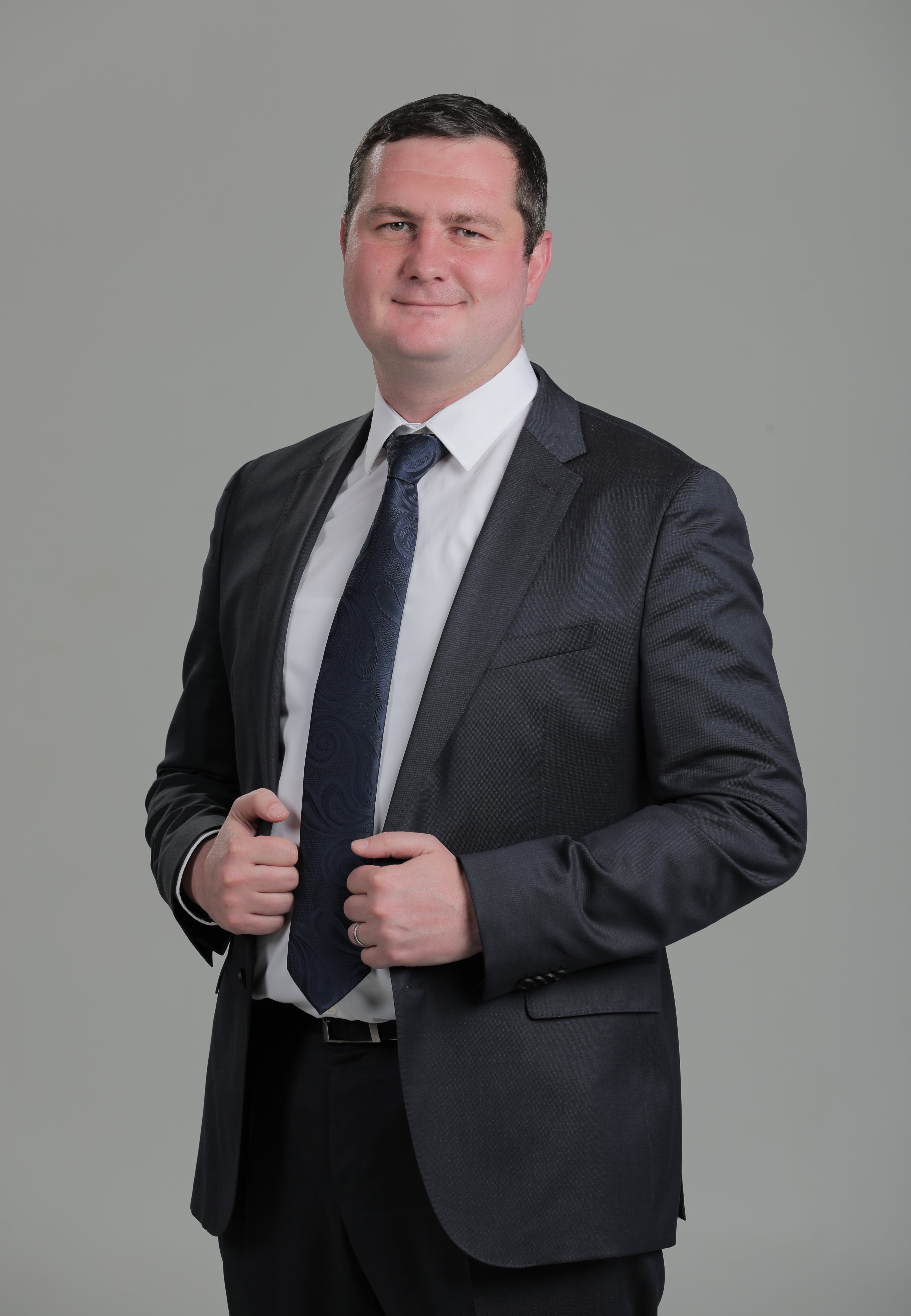 In 2010 graduated from the Political Science Department of the Armenian Russian (Slavonic) University, receiving a specialization in International Relations.

In 2011-2014  studied at the Faculty of Financial Management of the Moscow State University of Economics, Statistics and Informatics.

In 2010-2022 He has held the following positions in the Head Office of "EVOKABANK" CJSC:

In January 2022, he assumed the position of Business Management Director at "FAST CREDIT CAPITAL" UCO CJSC.

Married has one son and one daughter. 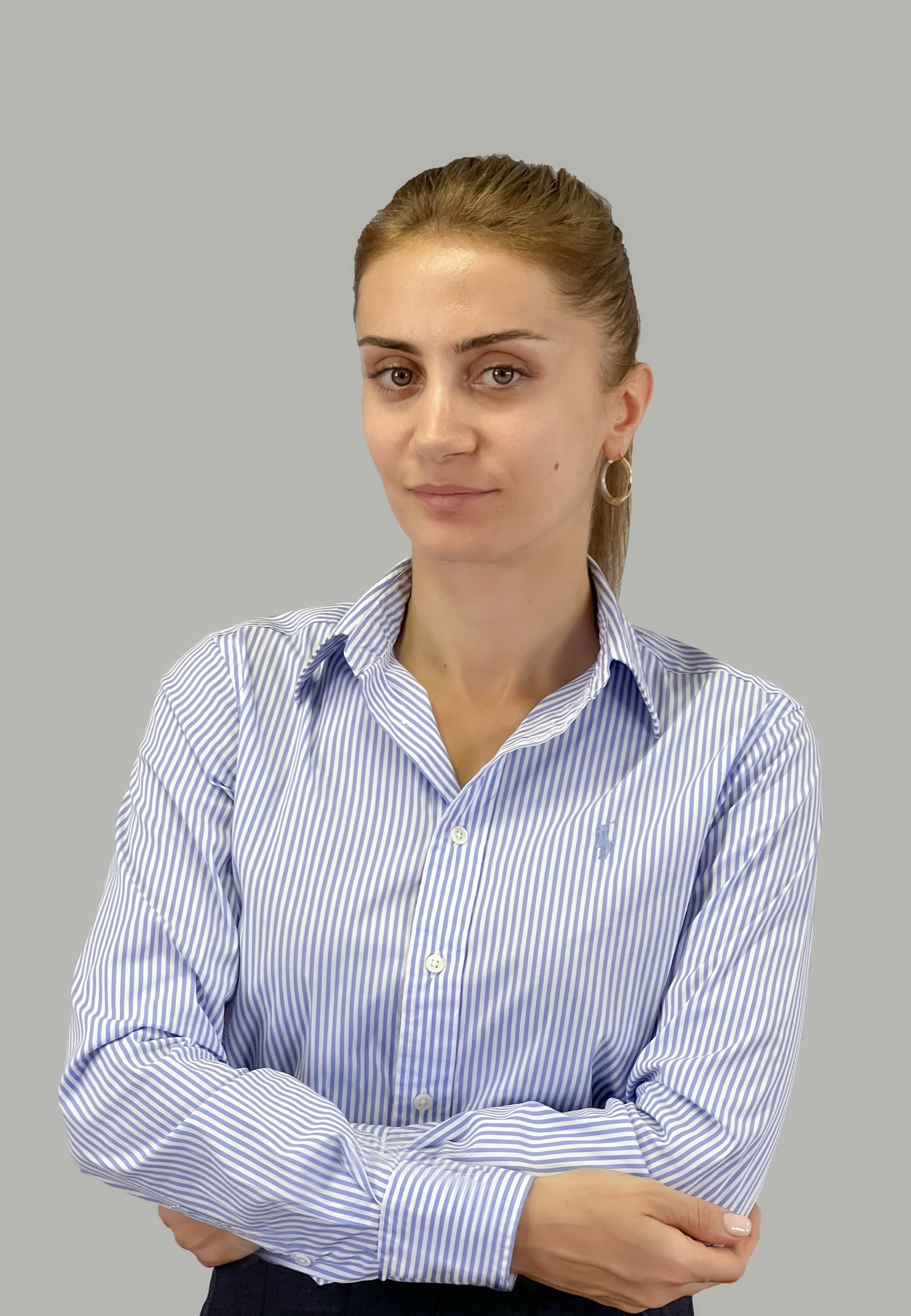 2007-2009 Studied at Yerevan State University in the faculty of Information and Mathematics, Bachelor’s degree.

In 2019 got her Master’s degree in Finance by Yerevan State University.

Married, has 1 son and 1 daughter.